Nokia has indicated that it will have some awesome announcements at the MWC 2018.One of the main attractions could be the launch of its next flagship device. The main highlight of the phone is said to be the rumored presence of penta-lens setup i.e 5 camera setup for the rear side alone. If this is true, it could be a first of its type since currently we are having only a two-camera setup for flagship devices.

Recent tweet from HMD,CPO, Juho Sarvikas claims the rumor could be very true. In a tweet recently, he has confirmed that Nokia will have an ‘awesome’ launch at the MWC 2018 and are very busy planning for the same. 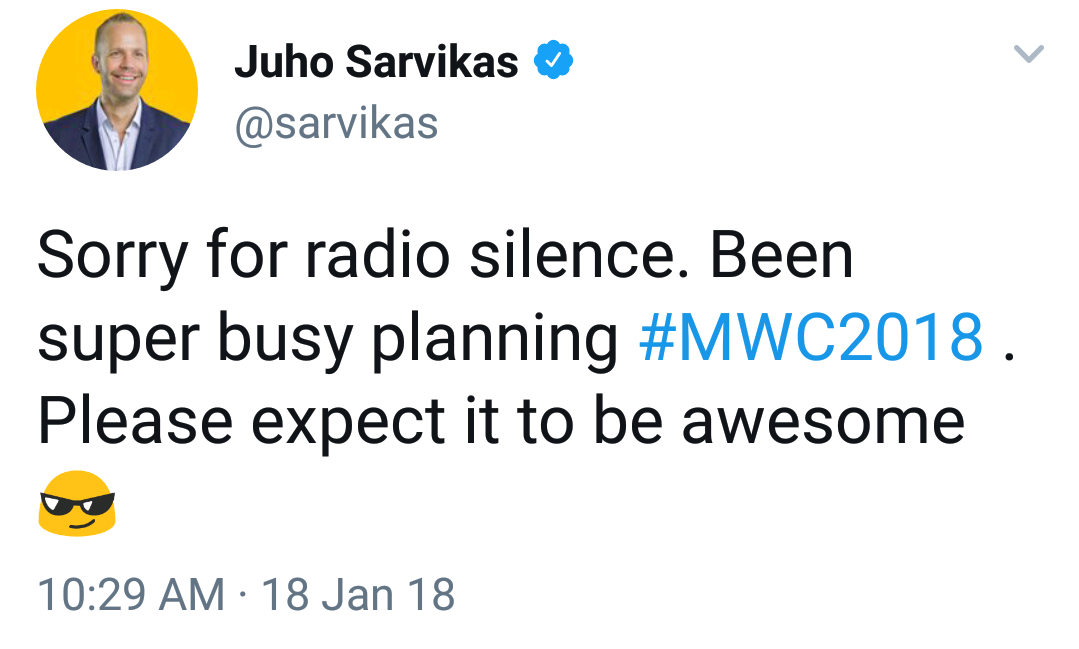 If this all pans out, we could see the production version of the device even within this year. Apart from this the flagship device is expected to have Snapdragon 845 chipset and 18:9 aspect ratio display.