ASUS today has announced the ‘Mother of Gaming Phones’ today with overclocked Qualcomm Snapdragon 845 SoC Processor. Recently, we had seen manufacturers going for Gaming smartphones with special design, hardware and software optimized getting launched. Razer Phone was the first to jump on the bandwagon, then Xiaomo released its ‘Shark’ Gaming phone and even Nubia released the attractive ‘Red Magic’ phone. Now, Asus has gone ahead and launched a proper well-spec gaming smartphone called the ASUS ROG Phone. To highlight, the phone comes with overclocked Qualcomm Snapdragon 845 Chipset, AMOLED screen with 90Hz refresh rate and 3 dedicated USB-C ports. Let’s check the specification of the phone. The phone comes with Dual front-facing speakers setup. The company has built the phone with vapor-chamber cooling and copper heat spreading to dissipate heat quicker than most phones. Asus has claimed that you’ll be able to maintain top speeds for 50% longer than most standard cooling systems. Ample storage. Dual firing speakers and screen that boasts %108.6 DCI-P3 color gamut for vivid colors give you a great multimedia experience. The device support CAT 16 LTE and 60GHz 802.11ad Wi-Fi for fast connectivity.

ASUS ROG phone comes with a plethora of ports like 3.5mm jack and THREE USB-C ports. The presence of this many usb-c ports is to support the number of peripherals and extensions which will serve the various purposes like high-speed charging, HDMI output, Gigabit LAN, or headphones. 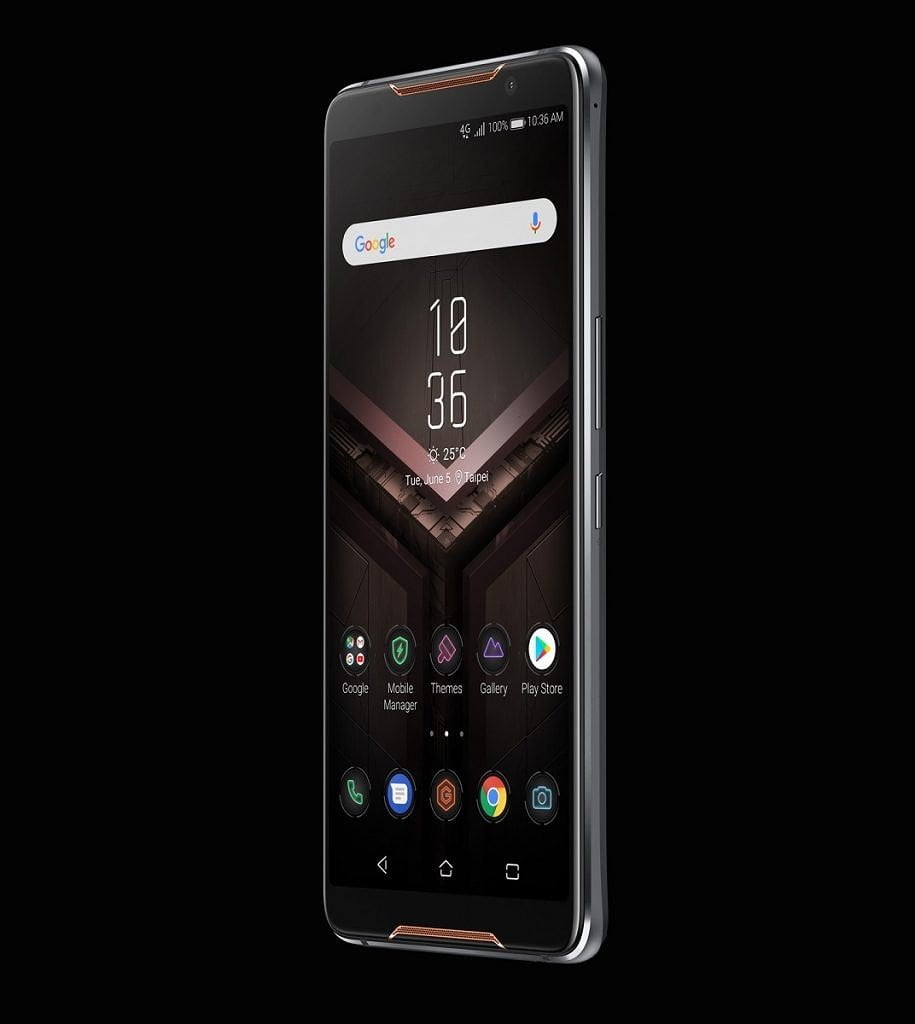 Apart from this, ASUS has also announced few peripherals and add-ons to enhance your experience with the phone. First, AeroActive Cooler, which helps in cooling the device even further if temperatures are a problem in long-term gaming. Mobile Desktop Dock allows you to connect your phone to a 4K UHD monitor, mouse, and keyboard, while also connecting it to a Gigabit LAN and 5.1 channel surround soundTwinView Dock turns your phone into a dual-screen behemoth with quad speakers, physical trigger buttons for gaming, dual haptic feedback engine, a better cooling system, and a 6,000 mAh extended battery. One can also connect a Gamevice controller, making this into a portable controller.

ASUS really came out all guns blazing on this Gaming smartphones and have provided a complete package for the consumers. The price of the device is not available and the release date is also not known. Hope it makes to the market soon and the impressive spec translates into real-world experience.