Reading Time: 2 mins read
Home News
Share on FacebookShare on TwitterPin To
After months of delay, Spotify finally made its debut in India. To recall, Spotify was in some legal battle against Warner Bros on some music rights for some time but now it looks like the company is ready to take the battle against Apple Music and Google Music. Spotify is one of the best music streaming service in the world, with about 96 million users across various genres. Download the App here -> Spotify. 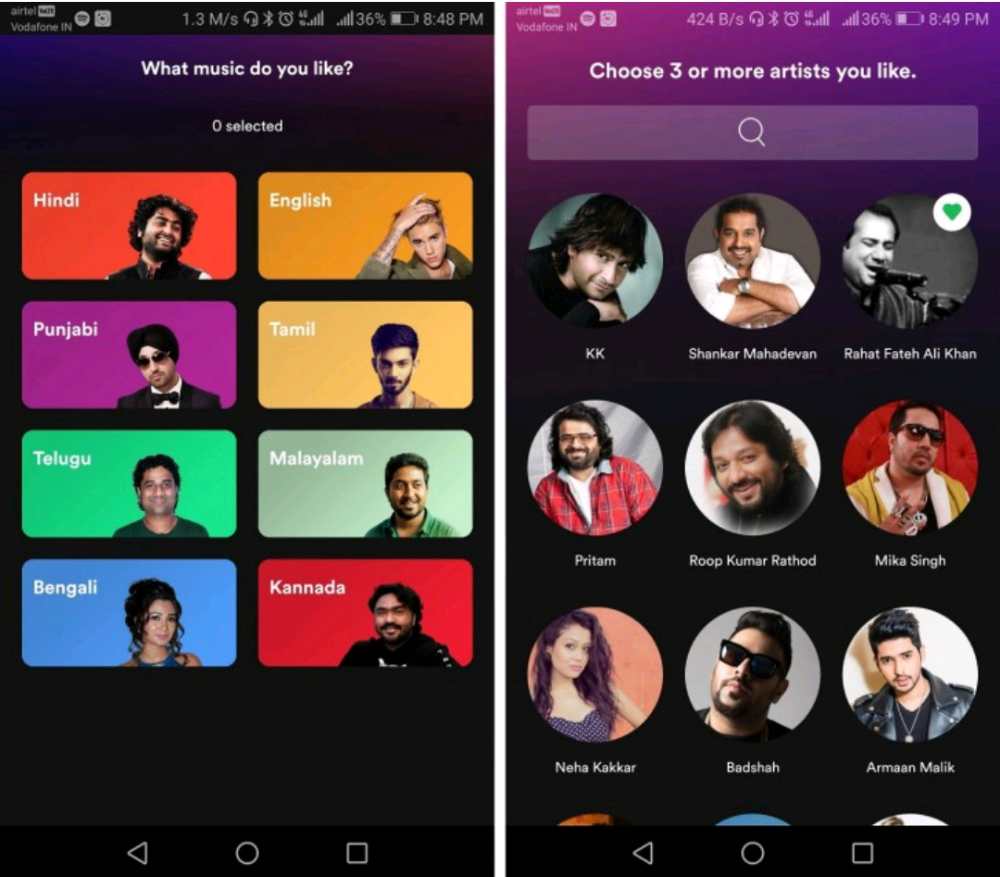 The app has been enhanced for Indian audience and now you can see select the language in which you want the music during the initial setup. Apart from English, you have numerous albums and songs collections for Hindi, Telugu, Punjabi, Tamil , Kannada & Malayalam. We can expect more tracks to be added gradually as the days go by.

To take on existing players likeJioSaavan, Apple Music & Google Music the company has priced its premium plans aggressively. Please note there is also a free version where you get ads & limited song skips. Premium pricing plans are very flexible catering to any type of requirements be it long term or short term. Finally, there are discounts up to 50% in pricing for college students.

So what you think about the new Spotify music streaming service coming to India? Do you already use Apple Music orJioSaavan? Let us know in comments below.