Samsung off late have been buzzing with the infinity O displays which instead of a notch will have a small cut-out portion in the screen for the Selfie camera. It was also rumored that the company’s 2019 phones would follow this design language . Now, it seems all those rumors are true which can be confirmed from the Samsung Galaxy S10 Plus render images which has noe leaked by the popular @Onleaks . It should be recalled that the Galaxy S10 series phone is expected to make debut at the Mobile World Congress early next year. The render snapshots revealed by the tipper shows the complete image of the phone in glory. 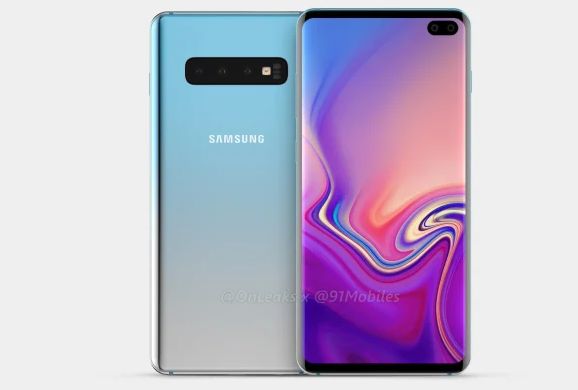 From the images one can make out the dimensions of the phone to be 157.5 x 75.0 x 7.8 mm with 6.4-inch Super Amoled display which is curved at the sides. Apart from this , the image reveal that the phone will come with Dual Selfie Camera and Triple Rear Camera setup. With regards to other specs, you can be sure that it will be powered by the latest flagship processor, huge battery and add-on features like wireless charging, IP68 certified etc.

The new flagship from the company will be expected to boasts at least 6GB RAM and 128GB internal storage. The price of the device when launched will definitely be at around Rs 65,000 & Rs 70,000.

Honor 9 Lite at only Re 1; check here how to get one