Realme , the sub-brand from Oppo has teased the image of its second phone the Realme 2. Realme 1 was launched as India exclusive initially and came with good specifications at an aggressive price. The 3GB variant priced starting at Rs 8,999 and for 6GB variant it went up to Rs 14K. Another highlight of the phone was the presence of powerful Mediatek Helio P60 processor at a lower price segment making it a very popular device. Now, Realme has teased the image of its next phone, the Realme 2 which comes with Notch design at the front.

The teaser is titled with ‘A Notch Above’ tagline which indicate the top-end specifications at an aggressive price will continue in its second phone too. The image also reveals the Realme 2 phone having the diamond cut design at the rear and also with a new Blue color option. 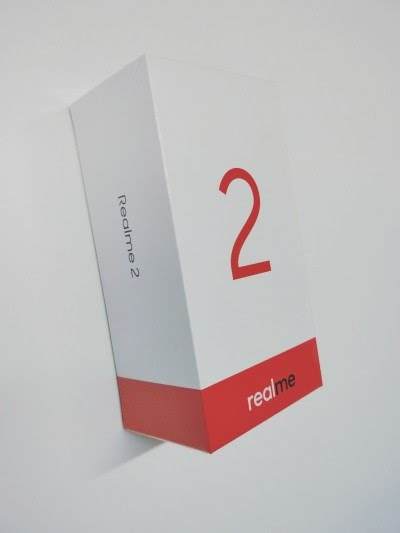 Another image with the retail box of Realme 2 phone got leaked which indicate the launch will happen very soon.Also one could expect the specifications to be similar to the Oppo F9 which got launched recently. If you remember the Realme 1 specs was similar to Oppo F7.

The phone comes with a horizontally arranged dual-camera setup and finger print sensor at the rear much like the previous model. The phone could be expected to launch in the coming weeks and we’ll keep you updated once more details are available.