Moto G8 Power Lite smartphone has been officially announced by the company. For the past few weeks, we have reported on the leaked render images and also on the Certification received for the smartphone. Now, the phone has been formally revealed by the company. The highlight of the phone is the presence of huge 5000mAh battery and Triple camera setup. Let’s check out the complete specifications. 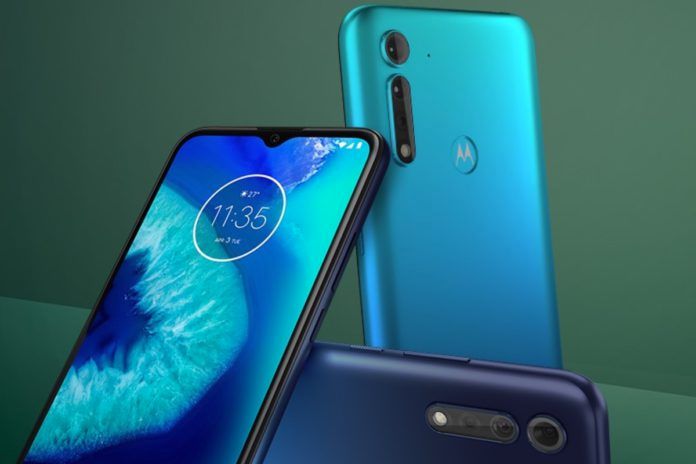 Moto G8 Power Lite comes with Full display at the front with notch at the top for housing the selfie camera. The rear of the phone has the Triple camera setup arranged vertically with LED flash. The Motorola logo has the finger print sensor at the back. The G8 Power Lite comes powered by the MediaTek Helio P35 SoC and will get 4GB of RAM and 64GB of storage.

The triple camera setup on the rear consists of a 16MP main camera with an f/2.0 lens, a secondary 2MP, F/2.4 macro digital camera, and one other 2MP, f/2.4 depth sensor. On the front, the device has a 8MP Selfie camera with an f/2.0 lens. The phone is powered by 5000mAh battery which support 10W fast charging. All default connectivity options are present in the phone including USB-C port. However, the phone still runs on Android 9 OS.

The device comes in Royal Blue and Arctic Blue color options. The price is set at EUR 169 in Germany and will be launched in other European countries soon. There are no details on the India launch yet. So what you think about this new device from Motorola, let us know in comments below.

Best Printers to buy in India

Best Printers to buy in India