Honor 30 series phone is scheduled to launch next week and we have been getting reports on the various details of the new devices. Last week, we already reported that one of the phone in Honor 30 series will sport a new Kirin 985 chipset, mostly Honor 30. The new smartphones from the series include Honor 30, Honor 30 Pro and Honor 30S. 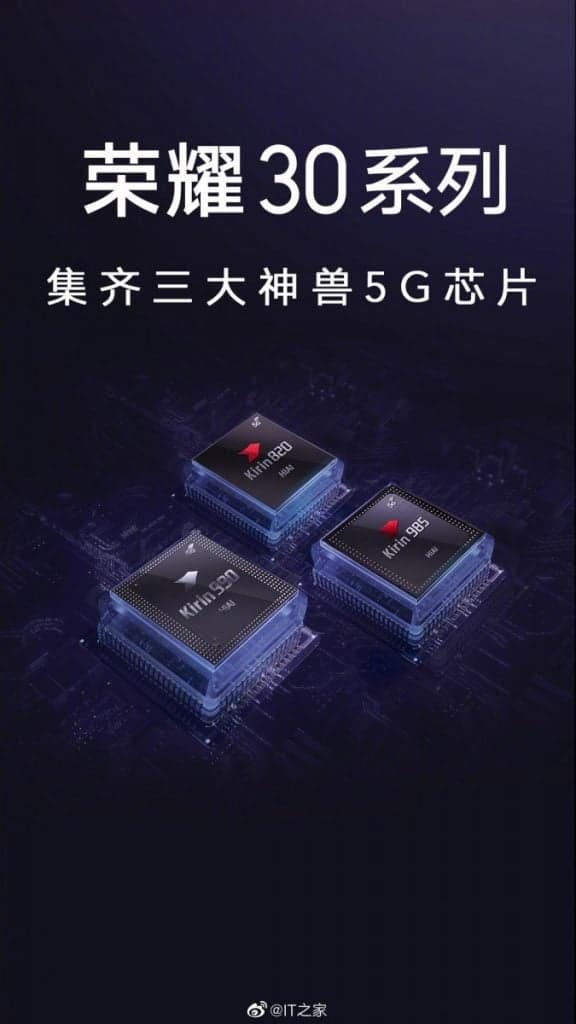 Honor 30S was launched by Huawei last month so we have only Honor 30 and Honor 30 Pro to be revealed. Honor 30 Pro being the high-end model from the series, will sport the Kirin 990 5G SoC and the standard Honor 30 will have the all new Kirin 985 chipset. We know, the previously launched Honor 30S comes with the Kirin 820 processor.

Kirin 985 chipset will be quite exciting as we don’t know the complete details of the chipset yet. However, the processor will be quite powerful and expected to be in the same league as Kirin 990 variant. Apart from the chipset, other specs of the device include 6.57-inch AMOLED show with FHD+ resolution, 3,900mAh battery , 40MP Main camera sensor with new Sony IMX700 50MP sensor and periscope telephoto camera for intense Zoom capabilities.

We’ll know the complete details of the Honor 30 Series phone on April 15 launch. Keep following us for updates.