Zen Admire Metal smartphone was launched by Zen Mobile in India, adding to ‘Zeneration’ series of 4G phones. Metallic design is the main attraction of this budget smartphone. The Zen Admire Metal is available in Champagne and Metallic Grey colors.

The smartphone supports 4G VoLTE calling and has ‘Twin WhatsApp’ feature which enables you to use two different WhatsApp accounts on the same phone. Let’s go through its specification: 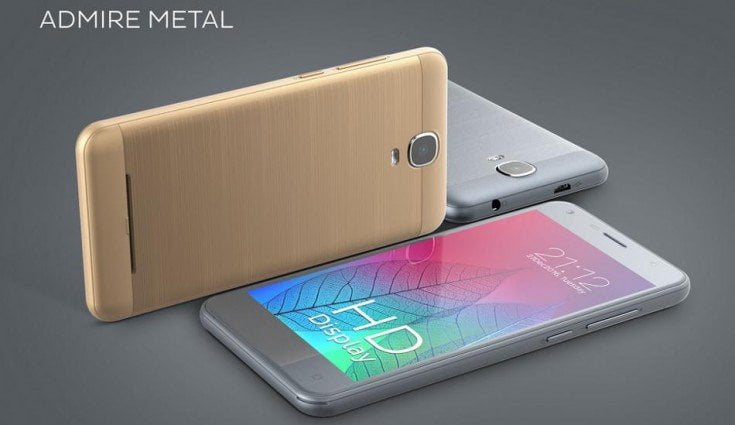 Default Connectivity options include Wi-Fi, GPS, Bluetooth, USB OTG, FM, 3G and 4G (with support for Band 40 used by some LTE networks in India). Sensors on the phone include Accelerometer and Ambient light sensor. Zen Admire Metal has ‘Motion & Gesture’ and comes preloaded with 22 regional languages along with Swalekh keyboard.

“Zen Mobile is constantly working to bring pocket-friendly yet feature-rich devices. We are confident that Admire Metal will appeal to our tech-savvy users in big cities as well in the tier II markets and beyond.”

“Smartphones will play a key role in helping India become a digital economy and we are well positioned to play a strong role in connecting India. At Zen mobile, we continue to innovate and offer devices with a perfect combination of high-end features and a fast 4G experience. In FY 17-18, we will be focusing heavily on product research and development with an aim to offer technologically-advanced VoLTE devices at most affordable price to Indian consumers,” he further added.

Now a Sachin Tendulkar Smartphone to be launched at May 3

Now a Sachin Tendulkar Smartphone to be launched at May 3