Xiaomi has grown in popularity over time, especially in the wearable and smartphone segment. In India wearable devices, like Xiaomi’s Mi Band, have particularly become popular due to the variety of features that it provides for a very affordable price. Each year, the Chinese technology company updates its smart band range and, in 2022, it’s planning to do the same.

Xiaomi will launch it’s Mi Band 7 before the world on the 24th of May. If it sounds like a good idea, it’s the exact date which Xiaomi will be launching it’s Redmi Note 11T series. However, those who live from outside China will need to wait some time as the company, like always will launch both models in its home country first. 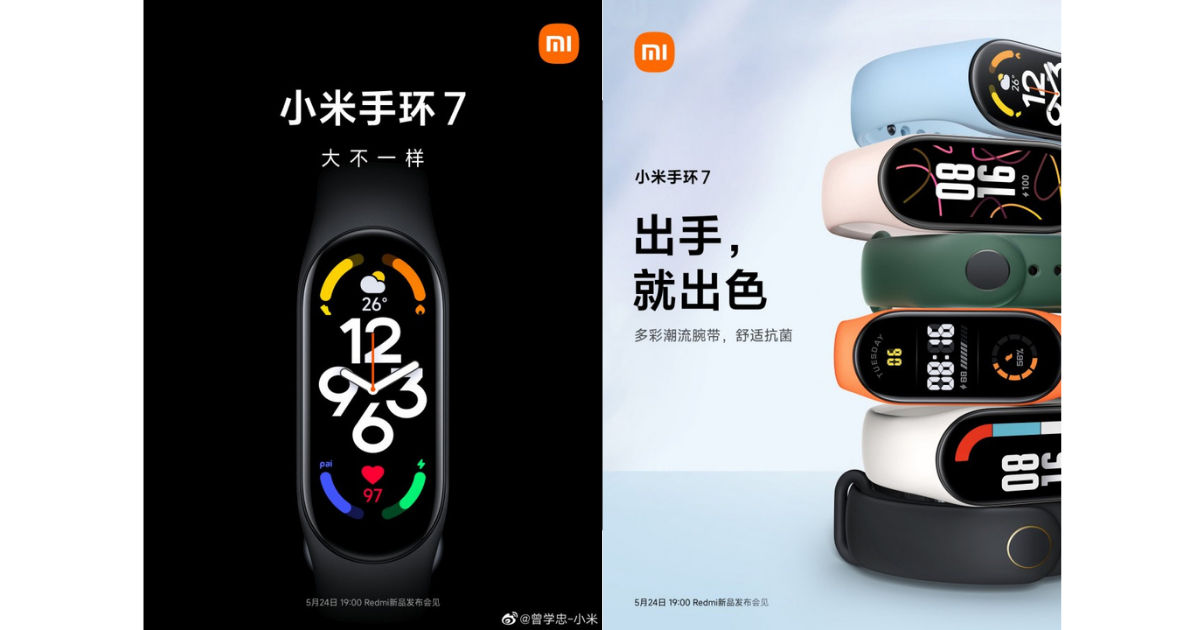 Based on the look of it this, it appears that the Mi Band 7 will be featuring a familiar pill-shaped style similar to what we’ve seen on earlier versions. Don’t expect a massive overhaul this time either. But, the screen will be larger at 1.62-inch. It is slightly larger than the Mi Band 6, which has a 1.56-inch dimension.

We believe that a bigger screen will display more options and complexity and make the information simple to understand. The poster also includes the addition of NFC capabilities, as well as features such as heart rate sensors as well as blood oxygen sensor as well as other sensors for measuring the intensity of exercise. It also includes an integrated weather application, music control, as well as alarms.

While many of the details have proven by Xiaomi but some remain in the gossip mills. Based on leaks and previous announcements according to reports, Xiaomi’s Mi Band 7 is expected to have 192 x 490p resolution, an on-all-the-time display and integrated GPS support. The wearable’s power source could be a battery of 250mAh.

Jio Disney+ Hotstar Premium Recharge Plans: Which One is Best For you ?